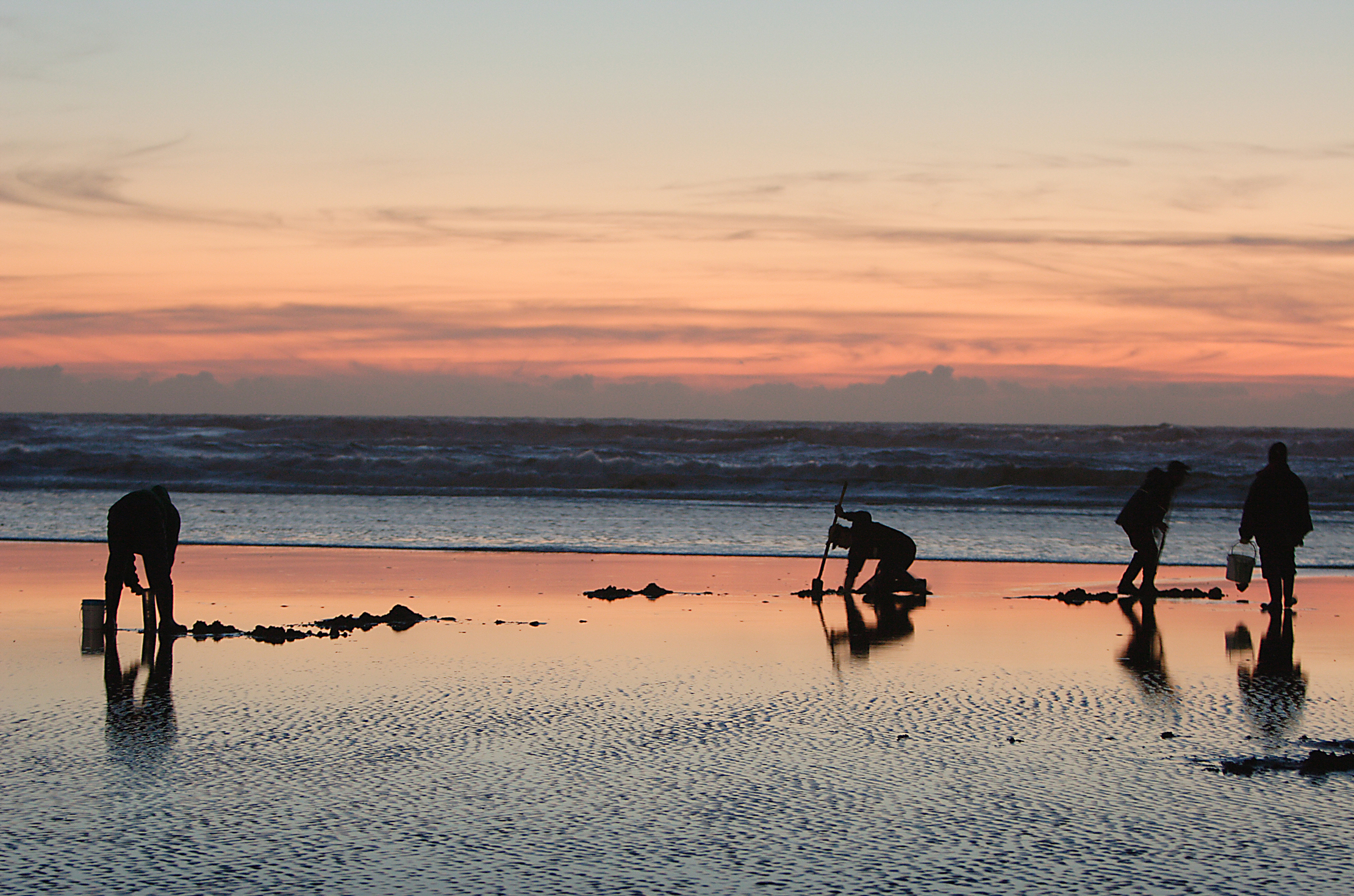 You don’t have to go far from Yachats to get on your hands and knees and start digging for clams. You might even try as close as Yachats Bay, during low tide, since bay clamming is open coast-wide in September, October and November.

Just north of Yachats on Waldport Beach and a bit more north on North Beach and South Beach, at Yaquina Bay in Newport, you might be able to dig up Oregon’s famous and tasty razor clams, which are often used to make clam chowder. These clams have a smooth brown shell that’s long, thin and narrow. They like sandy beaches and some coastal bays, and they are fast, so you’ll need to be faster with your digging down under.

Gaper clams, also commonly harvested and good in chowders, like muddy areas best. They also like to bury deep in the muck, as far as a couple yards down. You’ll recognize them by the gape in the neck of their shells. Yaquina Bay is a favorite spot to find these clams.

Other clams that can be found in Oregon’s coastal bays at low tide are cockles, littlenecks, butter clams, softshells and purple varnish clams.

Your shellfishing license and the right tools

Before you head out, be sure the check the Oregon Department of Fish & Wildlife’s shellfish hotline to see whether any biotoxins in the waters are affecting safety to the public. You’ll also need to purchase a shellfish license before clamming. A one-day license for Oregon residents and nonresidents is $32.50, easily purchased online. Don’t go clamming without one!

As for the tools of the trade, as they say, it doesn’t take much! A narrow shovel with a long handle to dig up razors and such, and a four-tine rake for raking cockles, since they like to be near the surface, is all you really need.  Wear boots or waders to keep yourself dry and warm. And bring a mesh bag or a bucket to put your clams in — each person should carry their own clam holder as there is a daily individual catch limit: 15 per day of razor clams and 20 per day of bay clams, of which only 12 gapers may be part of the bay clams total. Expect to get dirty during your clam quest. It’s part of the fun! 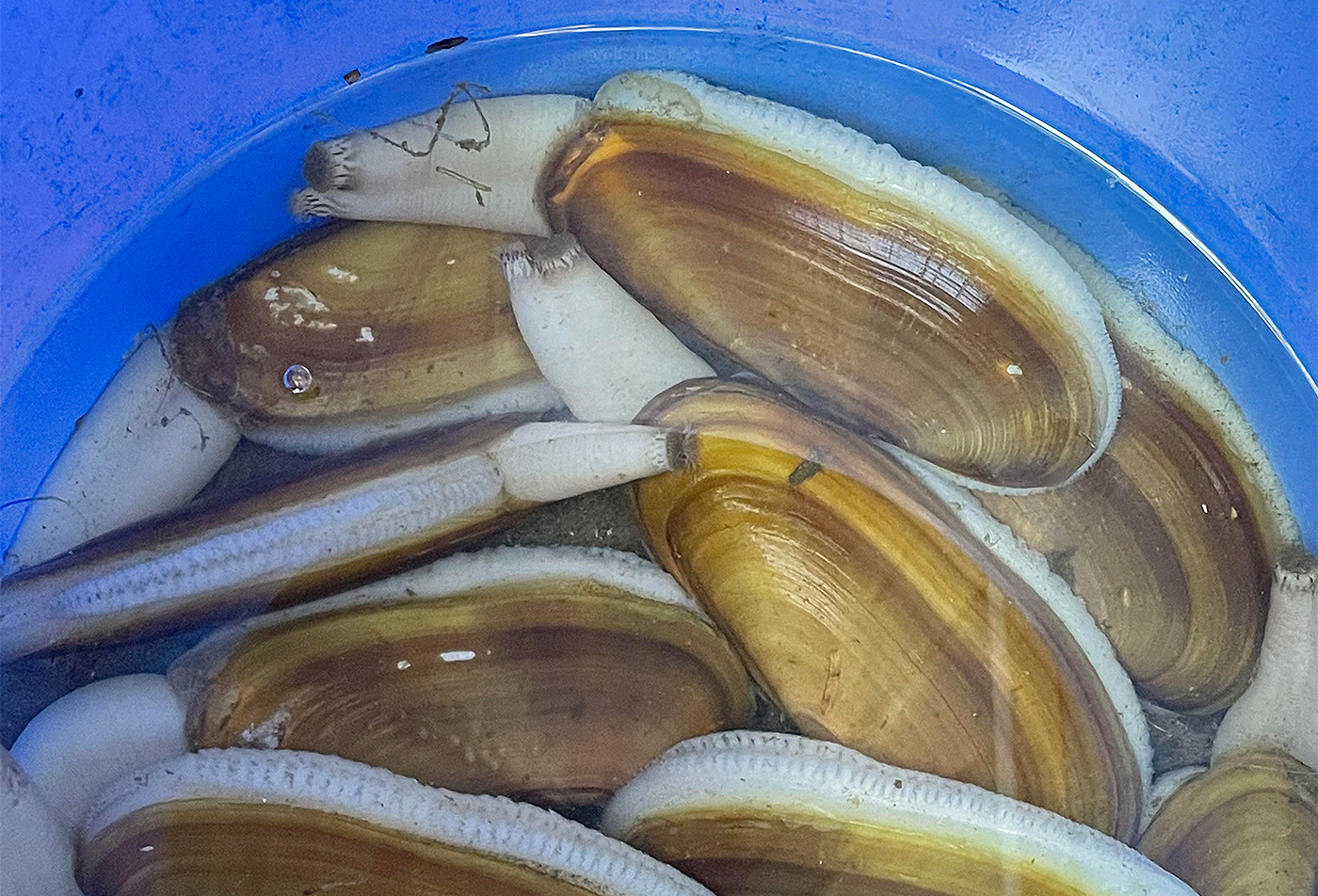 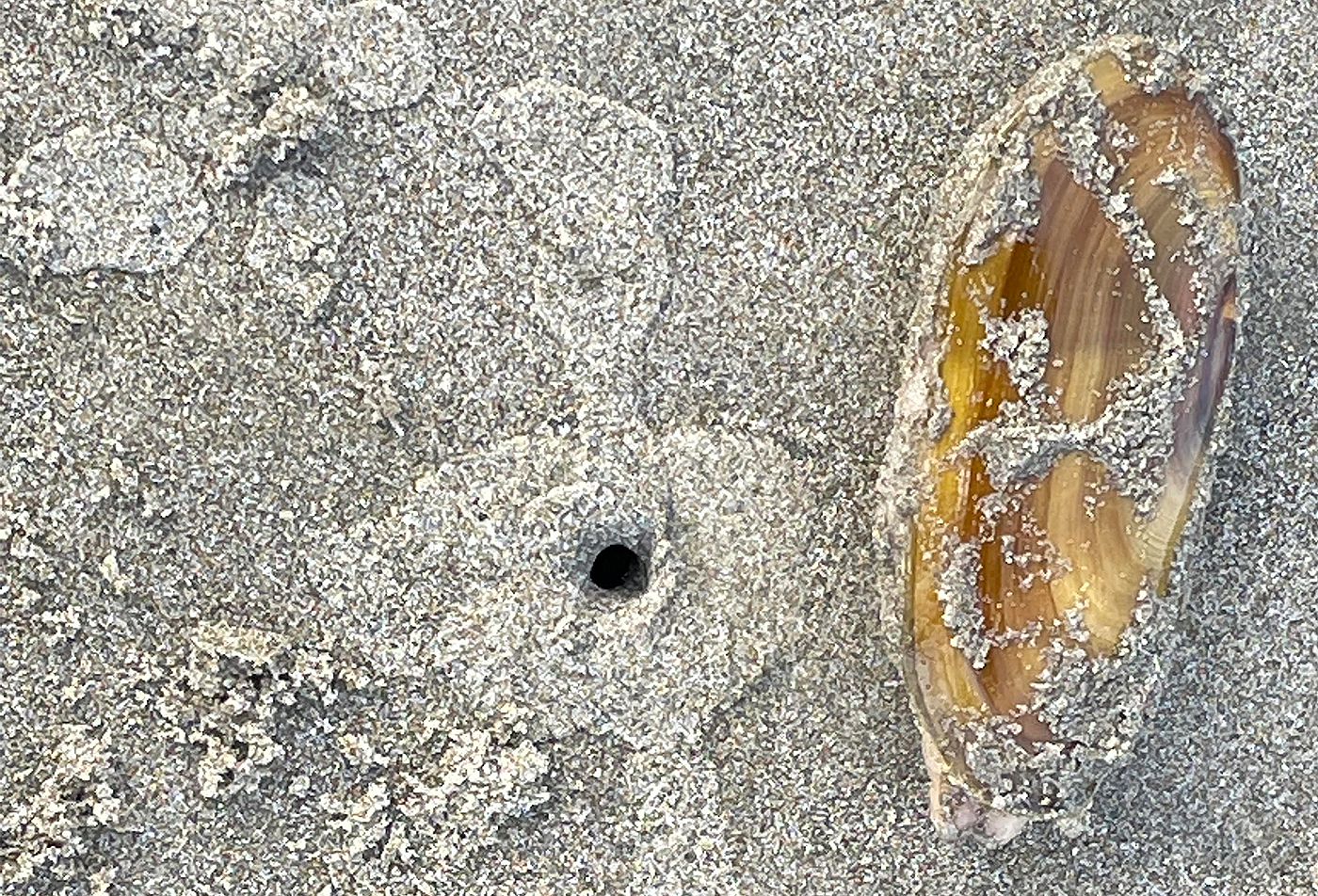 Now that you’ve got some clams, how do you get them home? Soak them in a bucket of fresh seawater for about 30 minutes so that they expel any sand that they’ve ingested (a good thing, too, so that grit doesn’t end up in your homemade chowder).

Live, fresh clams can survive in the refrigerator for about one to two days. Store them in a breathable bag and put them in the coldest part of the refrigerator. If transporting home in a cooler, set a bag of ice at the bottom of the cooler. Set the clams into a container and set atop the ice. Cover the clams with a damp towel. If clams get too warm, they’ll perish and won’t be edible.

You’ll need to shuck and clean your razor clams before cooking them. The Oregon Department of Fish & Wildlife has prepared this online tutorial to illustrate the process. Once cleaned, the clams are ready to cut into bite-sized pieces and cook into your favorite clam chowder recipe.

Overleaf Lodge operators Drew and Kristin Roslund love to pan fry their fresh clams, dipping each clam in egg before rolling it gently in a gluten-free flour mixture with salt, pepper and herbs of choice. Fry the clams one at a time in melted butter over medium-high heat about 30 to 60 seconds on each side. Serve immediately. Enjoy!

For more information about clamming on the Oregon Coast, visit the Oregon Department of Fish & Wildlife. 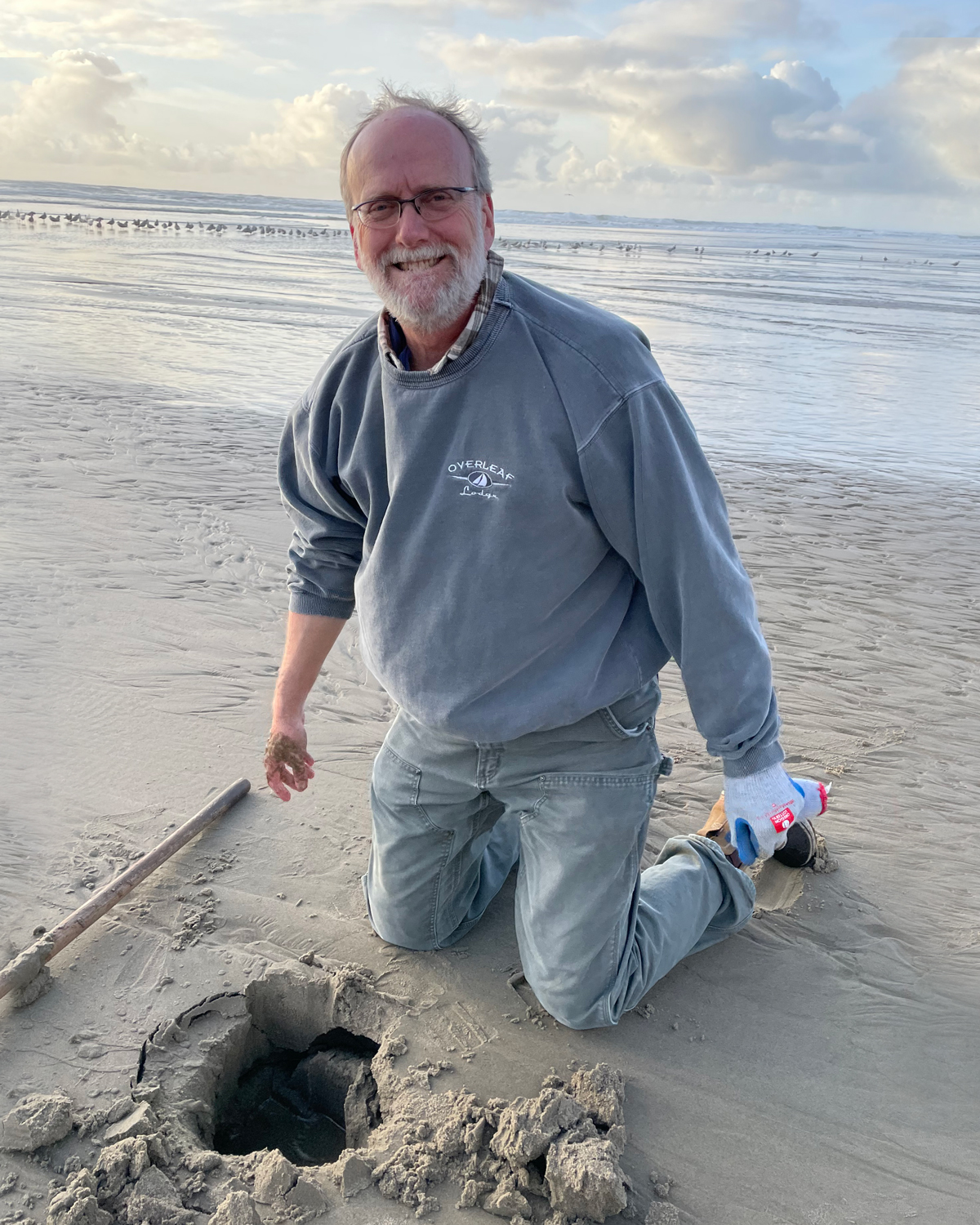